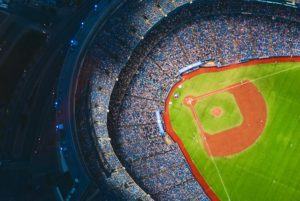 In 2015 I had the immense privilege of being the sport psychologist working with the New York Mets. This was tremendously exciting for me as I had been working with the team for nine years and also because I grew up in New York City with a New Yorker dad that was a Mets fan.

It was a incredible season full of exciting moments and a team that was full of enthusiasm. Surprisingly though, there were moments where I found myself struggling to enjoy it. In fact, I remember being on the field before one of the early games in the series and feeling like my mind was a swirl about all the things I had to do, my obligations and my stress about helping each player be their best. This experience taught me something. It is a lesson that I have applied to my work in many ways. Often we get so caught up with the outcome of things that we do not focus on the process. In sport psychology we talk about “controlling the controllables”. One way to do this is to really understand what you control in any one moment. Your attitude, your preparation and your effort. In sport and performance psychology we use the acronym APE for this. APE stands for your:

You don’t actually control the outcome or results directly. You control your mindset and preparation. There are many sport and performance psychology techniques that apply to everyday life and help me in those moments.  But it’s not just me , in fact in this years exciting world series, one of the critical performers, Jose Altuve uses them too. In addition to being known for his incredible play on the field, Altuve is loved in the clubhouse for his preparation, and the energy he brings on a daily basis. It didn’t always look like it was going to be a happy ending for Altuve, however. When he was a young player and trying out for multiple MLB teams, he was consistently getting cut after each opportunity. Altuve, who is listed at just 5′ 6” did not let this get the best of him, and instead showed incredible grit and determination.

After getting cut the first day of a two day tryout with the Houston Astros, Altuve did  not take no for an answer. He went back to the Astros’ tryout the next day, hoping that the scouts who had cut him the previous day would not remember doing so. While they were suprised to see him, they allowed Altuve to try out again and eventually offered him a $15,000 contract. Now that Altuve is a leading candidate for the 2017 MVP award and playing in the World Series I would say that the Astros made a good decision. We can all learn from the tremendous grit, perseverance and positive mindset of Jose Altuve. He just never gave up on himself or his goals and that is the only way to overcome obstacles and reach your full potential.

Altuve is known to use the sport psychology skill I mentioned before called imagery/visualization, or “mental reps”.  This technique allows you to practice your performance mentally. Mental reps give a player a clear advantage over his opponents as he is able to place himself in a batters box an unlimited number of times and place himself in an unlimited number of situations.  Most MLB starting players get about 3-5 at bats per game, but including mental reps into your routine can help you to see more pitches from more pitchers in more scenarios.

The 2017 World Series has been incredible so far, and I am so honored to have had my own World Series experience with the Mets in 2015. I am a believer that life is a sport. In fact, so much so that I wrote a book about it! The lessons that we teach athletes in situations like Game Seven of the World Series can be applied to the meeting room, on a first date, and yes, even to my life as a sport and performance psychologist. Im lucky to continue to work with high performing athletes and other performers. By utilizing the same sport psychology techniques I coach athletes on, I can enjoy these precious moments more… and so can you.