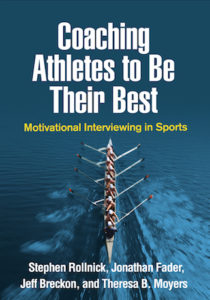 Relationships matter in sports, and we tend to navigate them through conversation. Everything you say has an impact, for better or worse. The spoken word is that powerful. How to harness the power of words to improve relationships and trust, and to have an impact on motivation and performance, is the aim of motivational interviewing (MI). If you, a coach, decide to do more than keep silent, the skills of MI can help you avoid stumbling or wasting your words.

END_OF_DOCUMENT_TOKEN_TO_BE_REPLACED 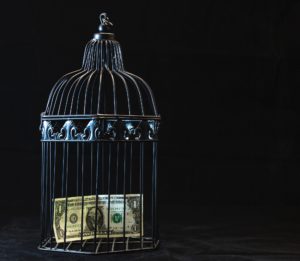 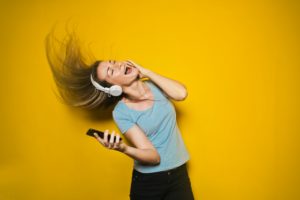 “Eye of the tiger”

“We are the champions”

Whether you like these songs or not, they all share a central trait – motivation. Music has been shown to be a motivator not only for exercise and athletic performance, but also for work productivity and efficiency.

An expert in the psychology of exercise, Costas Karageorghis, PhD, refers to music as a “type of legal performance-enhancing drug” for its potent abilities to increase productivity as well as power and strength.

But how can we maximize the motivational effects of music? For both work and exercise, studies have shown that specific music choices can enhance performance more than others. And more importantly, in some cases music can be distracting or even counterproductive in completing the task at hand. Here are a few guidelines on how to maximize the benefits of music for both work and sports:

Music has been shown to increase work productivity as well as performance for a range of professions, from surgeons to technology specialists. One way music facilitates these improvements is through its regulation of mood. Not only does music elevate positive feelings and suppress negative emotions like depression and anger, it can also calm or heighten anxious feelings – creating the optimal work mindset.

Best for: Moderately skilled workers were shown to benefit the most from music by research that explored the effects of music on technology specialists. They completed assignments more quickly and generated better ideas. Whereas, experts were not affected t all by the music and some novices even found the music distracting.

Worst for: Music was shown to be distracting for tasks that required more cognitive attention and was counterproductive to absorbing and remembering new information.

Music in exercise and sport

Music’s effects on exercise were first observed in 1911 by educator and statistician, Leonard Ayres, who found that cyclists pedaled faster when a band was playing. More recent studies have explored how music motivates exercisers and found that it can distract the brain’s attention from physiological feedback of fatigue. This can lower perceptions of effort being exerted.

Best for: Multiple studies have shown that self-paced sports such as cycling or running can be exponentially enhanced by music with higher tempos since they tend to increase speed.

Worst for: Music is less likely to serve as a motivator for high-intensity sports/exercises since the body’s physiological responses become too strong to ignore.

While the advantages of music are clear, there is still room to optimize  its motivating effects. For both work and athletic environments, the selection of music is crucial. For work, a study focusing on surgeons, found that people completed tasks more accurately when they enjoyed the music that was playing. For sports,on the other hand, Dr. Karageorghis suggests a more specific method for choosing the most effective music. He developed the Brunel Music Rating Inventory, which after asking participants to rate motivational qualities of music in relation to sport and exercise, showed the importance of music tempo, pointing to an ideal tempo between 120 and 140 beats per minute. Dr. Karageorghis accordingly suggests “Push It” by Salt-N-Pepa, “Drop It Like It’s Hot” by Snoop Dogg and the dance remix of “Umbrella” by Rihanna for maximal effect.

When music is used strategically, it holds the power to increase productivity, accuracy and efficiency for anyone from gym-goers to surgeons. And if we think of it as a “drug”, as Dr. Karageorghis refers to it, music is one that can be used to our benefit.

Unlike in sports, there is no real scoreboard for life. We can’t look up at any one moment and know, objectively, how well we are doing. Many times you may wonder how your life stacks up by comparing yourself to others. However, studies have shown that making these social comparisons may lead to negative emotions. The platform of social media has especially been linked to depressive symptoms because the context is primed for people to compare their accomplishments to that of their friends.

In fact, the only real metric by which most people compare is financial success. Think about it for a second, what’s the sign of a successful book, movie, or sports contract? Books are defined by the number of copies sold, a movie by its box office revenue, and a sports contract by the salary. This is also true in day-to-day life. We often evaluate an opportunity based on its financial reward and we evaluate ourselves on our ability to earn money and spend that money on material things. To quote the film Jerry Maguire, we define success simply by asking the universe to “show me the money.”

Does money or financial success help us to feel like we are winning? No.

Consider this study conducted by Daniel Kahneman and Angus Deaton where they looked for indicators of psychological well-being in nearly half a million randomly selected American citizens. Their findings were profound as the research indicated once our basic needs are met, our happiness tends to plateau.

We tend to define success by money, yet money does not equal happiness. It seems we have driven our lives into a crossroads: is success defined by money or by happiness? I say, it’s time to walk off-road and make your own path.

You are likely to be winning at life if you incorporate three important practices into your daily routine. Without further delay, here they are:

Gratitude as a life orientation goes beyond the appreciation that arises after help from others. Research has found that gratitude is strongly associated with psychological well-being when it is practiced as a habitual focusing on and appreciating the positive in the world. When you make the decision to emphasize gratitude, there is little room left for feelings of jealousy or envy. As quoted by the Zen Shin practice of meditation, “A flower does not think of comparing itself to the flower next to it. It just blooms.”

The quality of our relationships does not just impact our daily lives but also our long-term well-being. Dr. Robert Waldinger, Director of the Harvard Study of Adult Development, supported this notion with findings from research that began in 1938 with 268 Harvard sophomores but has now expanded to include their offspring and has amassed data from over 1,300 participants. One critical finding was how the role of relationships played in our overall health. The people who were happiest in their relationships at age 50 were the healthiest at age 80. Furthermore, Dr. Waldinger went as far as to state, “Loneliness kills. It’s as powerful as smoking or alcoholism.”

The Journal of Positive Psychology recently published two studies that tracked 400 Americans who fell into two groups: high happiness/low meaning levels and low happiness/high meaning levels. Characteristics of the “happy” group included avoidance of taxing entanglements. On the other hand, the “meaning” group spent more time helping others and focused on family or relationships. The study explains that the pursuit of meaning lends to a belief that one’s life matters. That purpose can foster life satisfaction. These studies reinforce the important roles that gratitude and quality relationships play in a “winning” life.

So when you’re looking for a scorecard on your life, don’t look at your salary, the size of your house, or the brand of your car. Instead, look inward towards your ability to enjoy your relationships and activities. That way, you’ll always win.

So in my training’s and in the work I do, I focus on helping people to get in touch with that compassion. Most of the research says that when you’re trying to help someone change, or are trying to help someone at all, it’s really important to also listen to them and to be with them. It’s kind of like coming to a full stop. You put down everything you have in your hands, all those screens we like to look at and you really sit with the person and whatever their experience is.

Only then, do the OARS work. Only then do the techniques of Motivational Interviewing work. So in my training’s and the work I do, I really focus on experiential exercises to help people get in touch with that underlying feeling of what it is to really be with someone and to help them to change.